The area of Cubao has been a major part of the entertainment and the business industry. Formed in the 1960’s, major establishments in Escolta relocated their stores in the newly formed Araneta Coliseum. It has progressed up to the 70’s as more buildings started to appear; Ali Mall, SM Cubao, Fiesta Carnival, Plaza Fair, Uniwide, Theaters and the famous COD. 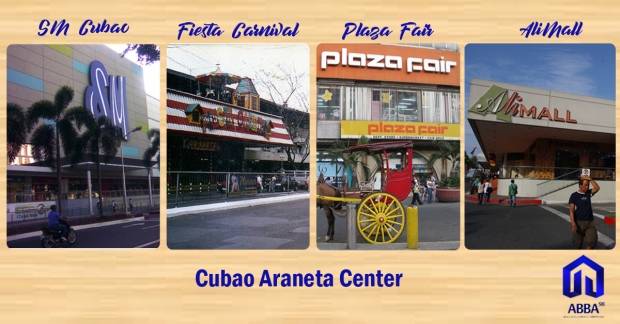 However, with the advent of different business district such as The Ortigas Center and Makati City, progress has slowed down since the 90’s. There was also an increase in crime, a drop in business revenues, and a growing trademark of the city known as the next red light district.

Fast forward on 2002, The Araneta Group, undertook a 20 year redevelopment plan for Cubao. It started with the construction of Gateway Mall, hotels, small commercial zones, and residential condominiums. At this time, it was set that the country will be a hub for call centers of foreign companies. The resurgence of business in the area has allowed thousands of new employees that would only complement the commercial amenities of the mall. The group also vowed to improve the dilapidated buildings within the area. This includes the recent destruction of the popular “ Ali Mall ”. Soon, it will be revived into a mixed used residential and commercial complex spearheaded by one of the major developers in the country.

The increase of demand in office space and the advanced technological capabilities of the new buildings within the area, has only added a positive reason to build more residential condominiums to house these employees. The nearing completion of the Manhattan commercial landscape is still incomplete with the upcoming development in the Ali Mall. For now, we have to stay tuned..

We are a company that value good service. We aim to create new relationships with different financing institute, banks, government units related to fine housing industry and service based businesses such as interior designer and architects to provide more choices for our existing and new projects.